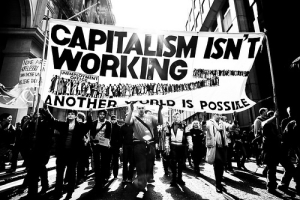 ‘We all face the same problems, in different contexts.  We need to be harmonious in the global telling of the story’

We are moving backwards. King’s world of 1968 is not so far removed from today. In fact the statistics show that in many ways the present day is worse for many people – whether in the developed world or the global south. The USA stats are particularly shocking link

The Citizens Global March on Power concept is rooted in the ever growing body of widely available information we have now about increasing levels of regional, national and global inequality; about the capture of governments (democratically elected or not) by corporate power; about the role of militaries in re-enforcing economic interests and the brutality of racism that is far from expunged from our societies.

The #MLKGlobal event is an effort to merge the energy of those around the world who know what is taking place with those who have yet to channel their sense of disempowerment, disenfranchisement and cynicism about their ability to ever change anything.

Under a renewed Poor People’s Campaign, racial justice movements, labour movements,  progressive faith groups of all denominations, peace movements, women’s and human rights groups; the landless movements, Idle No More and other first peoples movements; environmental movements and the global co-operative movement – would be coming together in the spirit of Dr King’s 1968 call.

And we start with the UK and USA. 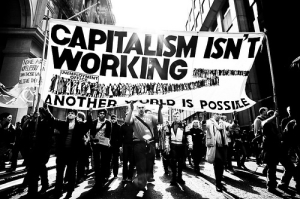 The neoliberal project began as -and remains- a USA/UK led project that has been globalised. Its goal to privatise, deregulate and roll back the state for citizens while, ensuring that the power of government work for big business has triumphed. At the same time, the global south has been under the neoliberal yoke for 40 years and has paid a terrible price for it.

PRESENT DAY CONTEXT – why we need to internationalise the Poor People’s Campaign and call for an Economic Bill of Rights for all.

The Neoliberal Project has failed.

The rising inequality between those who have and those who have not is growing year on year within first world economic societies; housing cannot be afforded; food banks are in greater demand; zero-hour contracts are commonplace; socials services are being ripped apart; health care privatised; the rise of the right is ever growing. The ‘apartheid’ of the USA is under attack African Americans rise up to face head on, the power of the police.

Meantime, the food cupboards of our over-developed world are goods from every corner of the planet. Our cars are running on oil and gas from the Middle East, North and Sub Saharan Africa – and biofuels made from food-crops from Latin America and Africa; our mobile phones would not work without minerals dug out with blood, sweat and tears from Congo.

Our farms at home would fail without the cheap labour to pick our crops and do the jobs we no longer wish to do. We cannot function without the human, agricultural and natural resources of the so-called developing world.

While the governments of the western nations – co-opted by big business – shun the needs of their own people, they payback the people of the so-called ‘developing world’, the majority world, the global south, with a global trading regime that harms, tax regimes that rob, fossil-fuel-induced climate change that is delivering catastrophe and an arms industry that sells in order to kill. (my version: that kills in order to sell?)

The architects of all this – the decision-makers in the over-developed world ‘players’ – have built these edifices with the –largely- complicit support of their populations. But the majority of people in the (over) developed world are witnessing the consequences of having allowed these same players – the financial class and corporate class, assisted by a largely complicit media – to effectively and successfully take over government, especially the ‘public realm’(the best part of a 40 year project).

It is a hi-jacking that has ensured that unbelievable criminal behaviour (post-crash) has gone unpunished, overseen by a class of decision-makers who, not knowing the meaning of the word ‘insecurity’, push the punishment of austerity as a way to ‘get back on track’. Whose track? These measures will soon drive populations – if they are not already – to breaking point.

And then what? We are seeing the rise of the extreme right; ever rising suicide rates; an ever greater gap between the wealthy and the rest.

Meanwhile, this unaffected class of global agenda-setters, make their annual pilgrimage to the temple of Davos – the World Economic Forum where the top ticket price is $160,000 – to talk at us about solutions, full in the knowledge that they will not be held account for their talk or their actions. So they may not be re-elected. So what? Will they be contemplating suicide because of the impact of losing their job? Will they be unable to meet bills? Or will they slide nicely onto the boards of the companies on whose behalf they lobby at gathering such as Davos? Boards who will shaft the global society and our shared environment so that their share price can rise – all their glossy PR to the contrary notwithstanding.

The time has come to stop these people doing this to us and to our world.

They break laws and get rewarded for it; they screw ordinary people and make money out of it. Their media tell us nothing at best, propaganda or lies at worst; they put us to sleep watching junk, eating junk, buying more than we need or can afford and then we pay the price for falling for it. But they’re good at making us feel we have no power to change it, no matter where in the world we live.

Because every so often, many of us in the ‘democratic’ world are permitted an election and we either buy into the process or we don’t – some of us keep the faith with the principle of elections and some of us are left cold; some care, some don’t care. Whatever the view, increasingly elections are about the illusion of change but how can there be change when the same players back all the horses and pull all the strings? Corporate and financial interest 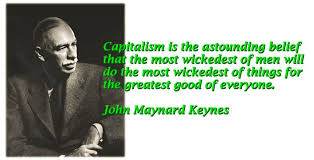 s have taken over the business of government, notably both economic and foreign policy.

So what do we get? The appearance of change. Very convenient. If we buy the illusion of change then things can remain the same. We have to pushback, resist this insidious influence.

We – men and women north and south, all races and ethnicities, all faiths and none – need to find more and more ways to add power to each other’s struggles and assert, celebrate and build on our shared humanity, values and dreams.

MARTIN LUTHER KING – A man for all nations and across generations.

Although completely rooted in the African American community, Martin Luther King is in the hearts of very many of the world’s people. The power, truth and universality of his words and his actions speak across time, nationality and creed.

And King himself had a global perspective from early on. In 1957, aged 28, he had been to Ghana for its independence celebrations; he had then been invited to India for a month long tour of sites of Ghandi’s non-violent mass struggle. In 1959 he was already decrying the madness of militarism and an economic system which took necessities from the masses to give luxury to others.

Were he alive today, he too would be condemning the ‘neoliberal project’ which has served to benefit the privileged few while failed the majority.  He too would be in accord with those who say capitalism is broken.

Indeed, he said as much 50 years ago.

“You can’t talk about solving the economic problem of the Negro without talking about billions of dollars. You can’t talk about ending the slums without first saying profit must be taken out of slums. You’re really tampering and getting on dangerous ground because you are messing with folk then. You are messing with captains of industry. Now this means that we are treading in difficult water, because it really means that we are saying that something is wrong with capitalism.” – Speech to his staff, 1966.

“And one day we must ask the question, ‘Why are there forty million poor people in America?’ And when you begin to ask that question, you are raising questions about the economic system, about a broader distribution of wealth.’ When you ask that question, you begin to question the capitalistic economy. And I’m simply saying that more and more, we’ve got to begin to ask questions about the whole society.” – Speech to Southern Christian Leadership Conference Atlanta, Georgia, August 16, 1967.

“The evils of capitalism are as real as the evils of militarism and evils of racism.” – Speech to SCLC  Board, March 30, 1967.